1. STAG and SCC conversations
1.1 A number of informal conversations have taken place between STAG co-chairs and senior officers at Sheffield city council.
1.2 It is understood that Amey are preparing proposals to save more trees at no extra cost to the council. These will be submitted to the council for consideration before they may be shared with STAG.

2. Legal Updates
2.1 Updates were given about potential legal cases against the city council.
2.2 Louise Timothy updated on work she and others had been doing to collate detailed information about people who had been arrested and potentially unlawfully arrested. Howells are advising on what potential actions may be taken following these arrests.

3. Urgent Fellings
3.1 There has been some issues with comms about urgent fellings that are still ongoing. It has led to some confusion and delay as Amey workers are held up while campaigners wait for further information.
3.2 Chris Rust has had conversations with Paul Billington to put in place a more structured approach to prevent this and Paul Billington has sanctioned Darren Butt to talk with Chris to agree a better comms process.

4. New Plantings
4.1 There were discussions about the new saplings being planted and whether they are suitable in all cases. Some species are not what was promised in the ITP consultation process, many are non-native and will not be similar in canopy size to the trees they are replacing.
4.2 Heather Russell agreed to set up a small subgroup to discuss this topic in more detail and agree the best way of approaching Amey and SCC about more suitable plantings.

5. New STAG Auction Site
5.1 Jane Miller has set this up but there appears to be some confusion about how it operates. Chris Rust agreed to speak to Jane to resolve things.

6. Seeds for Change
6.1 This small voluntary organisation has made an offer to Stag about organising training events. It was agreed that the offer was potentially useful and local groups are in the best position to request sessions if they want them.

7. Digital Advertising
7.1 Shelley Cockayne has been working on this plan but there have been a few delays outside of her control. Discussions took place on how the plans could be expedited.

8. Additional Tree Planting
8.1 Brief discussions took place about any crowdfunding money that may be leftover. It had always been agreed that this should be spent on additional tree planting. It was further agreed that the priority for this should be streets which currently have no trees and particularly those in more deprived areas. 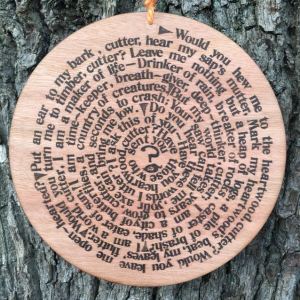