Secret plan to fell half of Sheffield’s street trees revealed 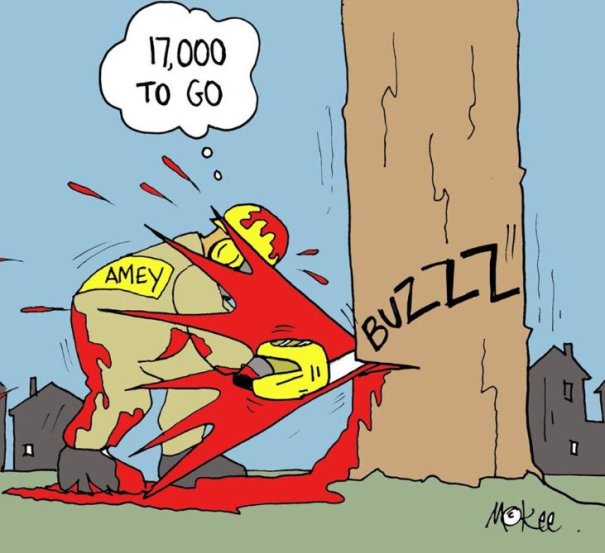 For years, Sheffield City Council has refused to reveal most of its 25-year contract with multinational company Amey. Now, thanks to Freedom of Information Act requests (and an intervention by the Information Commissioner when the Council refused), we know why. Throughout the long-running tree saga, the Council has maintained that felling of trees is a last resort, and that there is no plan to fell any particular number of trees. All the way through, campaigners have suspected otherwise. For many, this has been a key reason they’ve stood under the trees day after day, and even allowed themselves to be assaulted or arrested for doing so. Now we know: the plan is to fell 17,500 trees —roughly half of the street trees in what used to be the greenest city in Europe.

Even as they revealed this information, the Council kept up its lies, insisting that this was not a target. Brian Lodge declared: “any suggestion that 17,500 trees is a target or a requirement is an incorrect interpretation of the contract”. But the language in the contract is clear: “The service provider [Amey] shall replace highway trees in accordance with the annual tree management programme at a rate of not less than 200 per year so that 17,500 highway trees are replaced by the end of the term.”

We know now that felling is not a last resort after exhausting all other options. We had a lot of evidence for this already: In 87% of cases where the Council’s own expert panels recommended saving trees this recommendation has been overruled. In many of these cases the solutions that might save healthy trees were as small as using a different sort of kerbstone. Moreover, the Council has been unable to provide even one instance in which they have used the engineering solutions that are supposedly already paid for in the contract. But it is still a shock to see, right there in black and white, the plan to kill half the city’s street trees.

Why this plan? We don’t know. It may be in part based on a misinterpretation of a survey from 2006. This survey said that 75% of the city’s street trees were “mature or over-mature”, which the Council seems to have interpreted as meaning they need replacement. However, “mature or over-mature” does not mean “in need of replacement”. In fact the surveyor made it very clear that he felt only 1,236 might be in need of replacement.

Another possibility is a bizarre clause in the contract that specifies a need for perfectly straight kerbs. This is not a standard requirement, and its removal would save a large number of trees.

Whatever the reason, it’s been confirmed: we are to have 20 more years of felling, with the end goal of killing half our roadside trees. In the last two weeks, with around 30 private security and 30 police manhandling and arresting pensioners, they have managed to fell 5 trees, 4 of which had most of the branches cut off months ago (and so were more difficult to defend). Is this what they’re planning to keep doing — for 20 years? Already we saw a man knifed to death in broad daylight while 30 police were attending a felling. The city can’t go on this way. It has to admit that this PFI contract is a disaster and find a different way forward.